So, it took us a minute to get pregnant. I don’t think that’s a huge surprise to anyone as I’ve always expressed my desire for kids and we were married 5 years before Leo was born. I would like to go into more detail but won’t be doing so because it’s not just me in the equation and it’s not just my story to share.

I only wanted to quietly mention it because my entire view of the world, especially where Leo is concerned, is through a different lens after what we experienced. I assume that will shine through now and again on this blog when I talk about Leo. It’s also part of his story, and mine, and it felt disingenuous to exclude it altogether. I look at him and have a deep understanding of what a miracle he is and I’m proud of hard how we worked mentally, emotionally, and physically to bring him home. We’re on the other side now and I don’t feel the need to ‘get deep’ and try to express our pain in getting here. We got here and we feel lucky every day and if you’re someone going through infertility and need someone to talk to privately, I’m absolutely your girl. Otherwise, let’s look at some newborn photos of my sweet Leo.  : ) 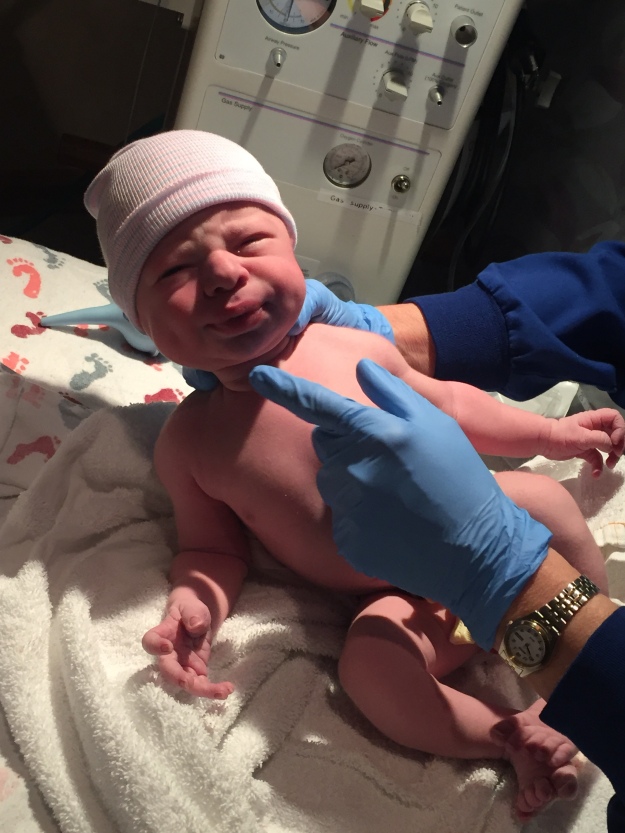 At this point I was still in a little bit of shock but started sobbing almost immediately after these photos were taken.  Also, I’d been awake for something like 18 days straight.

Truthfully, I’d only been awake for a little over 24 hours, but it felt like much longer. We got to the hospital at around 1:00 in the morning which was kind of great as the roads and hospital were very quiet. It felt more private, which I loved. I labored at home for several (8!) hours which I managed to convince myself was just cramping from a procedure I’d had done earlier in the day. It’s called denial people. Things started to get pretty intense around midnight so I woke Jon up (yes, he slept through nearly all of my labor) and told him we’d probably get sent home for a false alarm (more denial) but that I needed to go to the hospital.

A bit later I was pushing and a few hours after that Leo was in the world. 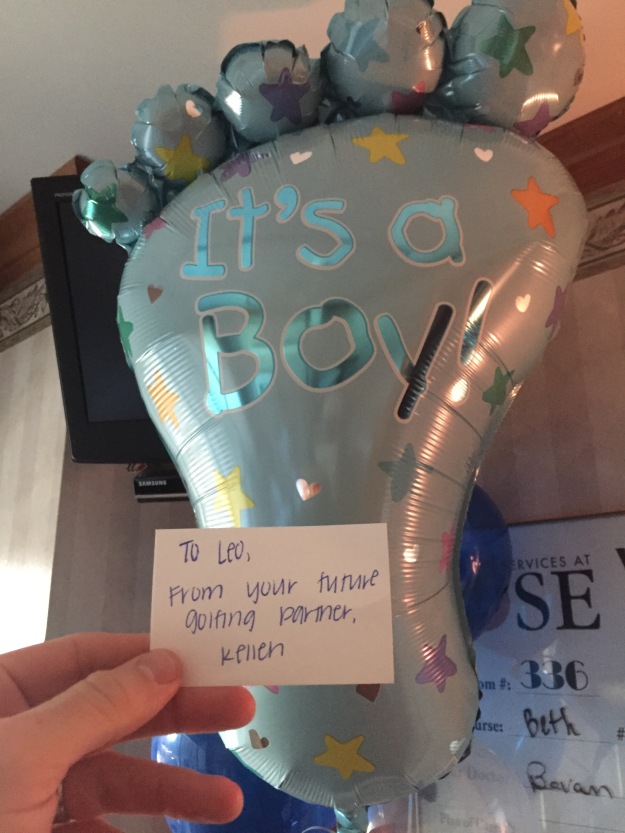 It was surprising how calm everything was, even when it wasn’t. I credit this to the fact that I was four days overdue and we were expecting it at any moment. I calmly endured labor, we calmly headed to the hospital, and perhaps most surprising to both of us was how serene the labor and delivery room was.  I knew better than to believe what I had seen on T.V. where childbirth is concerned (very dramatic), but when it was just me, Jon and one nurse in a dim and quiet room pushing, I admit – I thought it would be more chaotic.  Grateful as I was that it wasn’t, it was a bit of a surprise.  Things did get a bit dramatic at the end, and I’ll spare you most of the details, but suddenly I was on oxygen, baby Leo wasn’t breathing and there were about 15 people in the room.  Thankfully we were in great hands and although Jon was given a scare (or two) we were all snuggled up as a family of three, and healthy as can be, before we knew it. 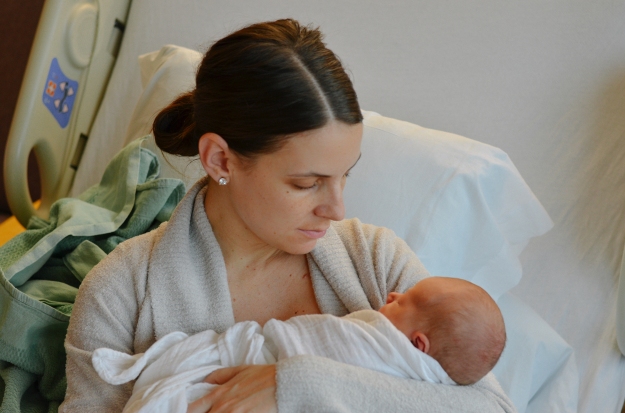 Nothing against Rose Hospital, but we were ready to bust out of there after the first night. Everyone told me I’d want to stay forever, that I’d be afraid to leave the nurses and that I’d be terrified to put Leo in the car to drive home (like seriously everybody) but all I felt was a need to get him home and start our new life together. We were ready. We’d been ready for a long time. 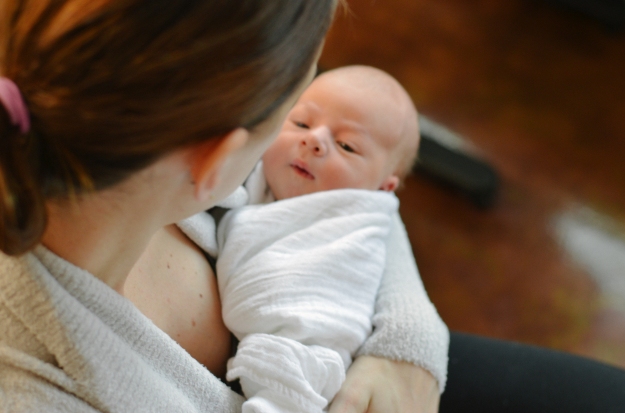 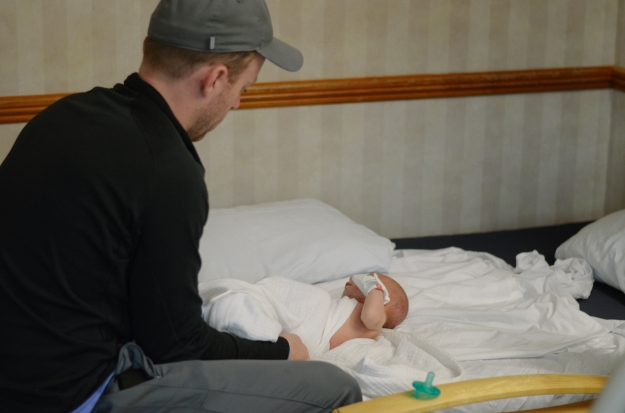 I thought my heart might explode when I saw him in his carseat. So trusting and fragile and angelic and I can’t breathe.  The mittens.  It’s the mittens.

Our families were pretty anxious to come and meet him, which we understood, but one of the best things we did for ourselves was to have it be just the three of us for several days after getting home.  Those days will go down as some of the most treasured of my life, all of us getting to know each other, wrapped up in our private little cocoon.  I know it’s not for everyone but it meant the world to me.  We just sat in the quiet and stared at one another.  It was total magic and another thing I can’t linger on for long as it brings me to tears to think about. 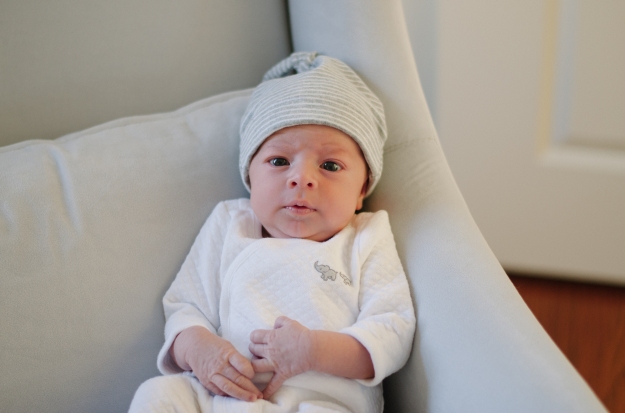 …can we just talk about that face?!?  He’s gotten so, so big since this photo was taken.  I miss that tiny little munchkin! 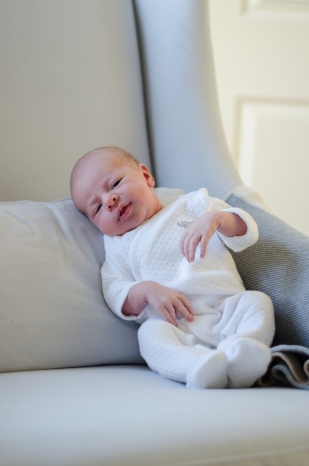 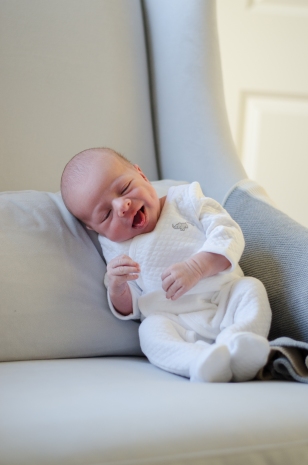 I always wonder if he looks exactly the same to everyone in all these photos because I swear he’s got about 100 different facial expressions. I think I’m likely the only one who notices (or cares)!  Maybe this is the case for every baby, but since day one that little munchkin has been so wide awake and observant. Hopefully that means he’s a genius. 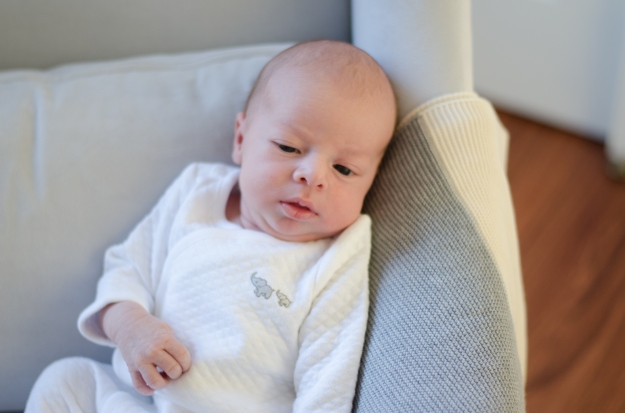 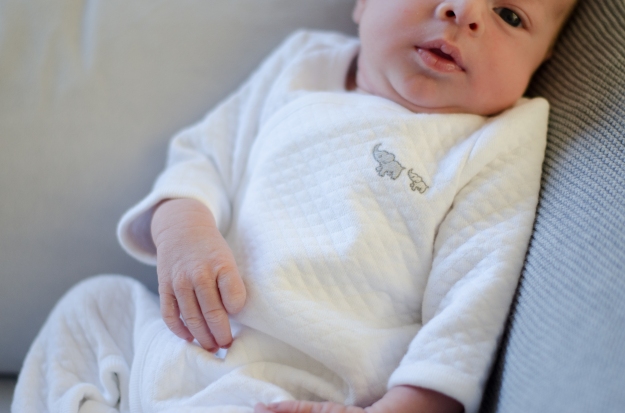 Those little elephants kill me.  He only fit in his ‘coming home from the hospital’ outfit for a week or two.  This kid was super long (22.5 inches, the longest one of our nurses had seen in her short career) so lengthwise he grows out of clothes quickly.  He’s thin, however, so it’s made for a bit of a tricky dressing situation.

I never doubted that Jon would be a good dad.  Nobody THAT excited to have a baby (especially a baby boy) could fail too badly at being a parent.  But watching him fall into his role with ease and grace has been pretty thrilling to watch.  He has exceeded every expectation that I had both with how good he is with Leo and also how good he is with me as a new mom.  It’s totally true when people say ‘it’s just different when it’s yours’ and that little boy is lucky to belong to be his. 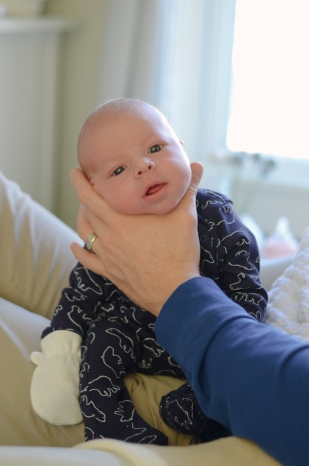 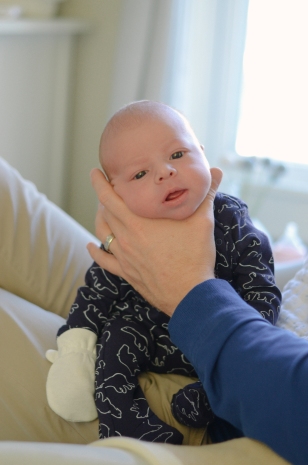 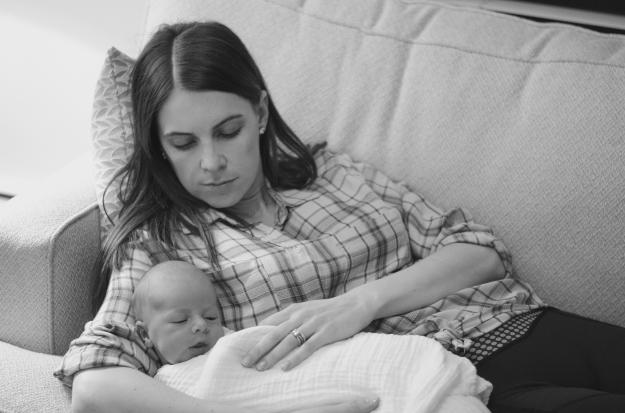 So far motherhood has been wonderful.  Honestly, it’s what I’ve always wanted to do so the adjustment hasn’t been too severe, I felt super prepared.  People tell you (over and over and over) that ‘you can never be ready, you can never really understand’ and I think that’s kind of true, but I imagined what it would be like and I was pretty close. Granted, we haven’t had to deal with a crabby baby that doesn’t sleep, which would be much harder, but I feel like I even prepared myself pretty well for that. My advice would be manage your expectations.  Expect the worst and hope for the best. I think the feeling you can’t really experience until you’re a mother is the patience and understanding you will have for your baby. I feel like it’s endless. So, even in those rare tough moments, I haven’t felt or reacted as I imagined I would, with stress and anxiety. I’ve been quite calm and have felt capable of just helping him to feel better. I was also determined to be a calm and easygoing presence in Leo’s life because I believe that a spastic and stressed out parent can create the same behavior in their children.

I will say, the thing people do say (over and over and over) that is completely true, is you’ve never experienced love like this in your life. It’s been a little different that I expected in that I thought it was going to be this totally overwhelming feeling all the time, but instead, for me, it’s been a quieter and more steady feeling that builds more and more the longer we’re getting to know each other.  It’s pretty awesome.

So far this little guy has done me a huge favor every single day for almost three months. He has been such a good baby, which has allowed me to really enjoy being a new mom. I hate to say it aloud, and risk jinxing myself but, it’s been pretty easy so far. I feel a little guilty some days that he’s so good, especially when I have lots of friends who tell me all the time how lucky I am with his demeanor. Maybe, because of how tough it was to get here, we’ve earned a bit of guiltless joy.  : )