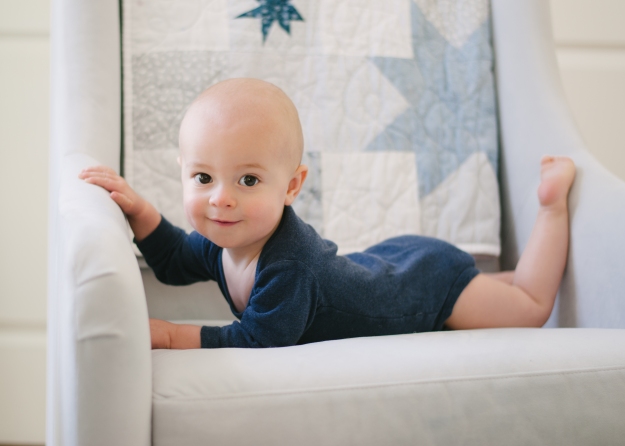 Suddenly this boy is NOT easy to photograph.

9 months old and he is on…the…move.

I put him in the chair, backed up a bit holding the camera over my head and flailed and gesticulated with my other hand long enough to keep him entranced for all of 2.4 seconds.  These were the best photos I could get in order to not risk his life and limb. 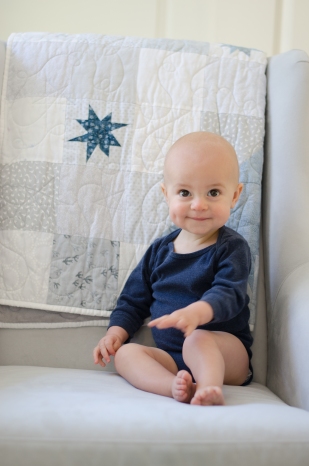 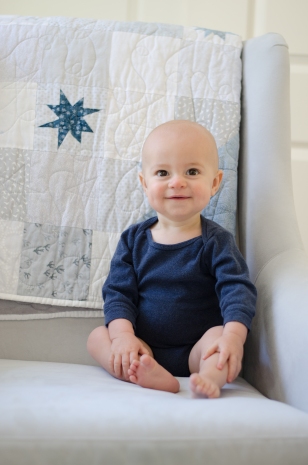 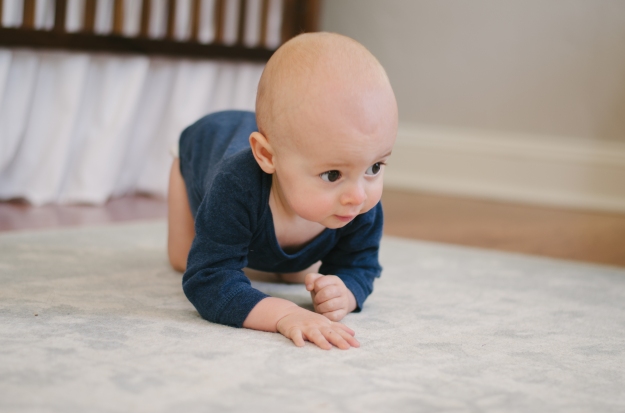 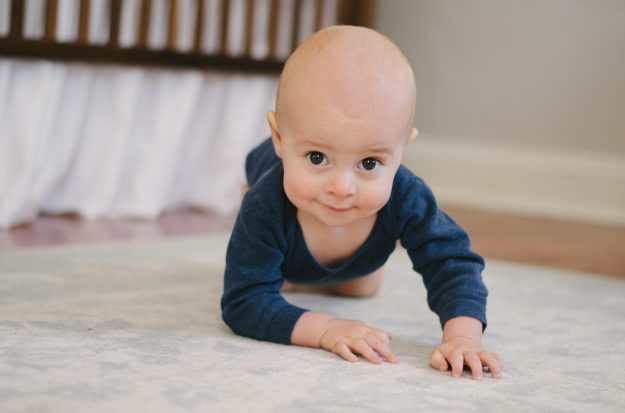 He’s finally crawling in a ‘more formal’ fashion. He’s been scooting around for a while now but has had trouble (or been lazy) with getting up on those arms. Jon likes to joke he inherited both of our skinny, weak arms, but it’s something I worry about. Mentally he seems so quick and determined, but physically I feel he’s going to be a bit behind, at least as far as pulling up and walking are concerned. Sometimes I think it’s because he’s SO TALL that his center of gravity is so high and that makes it more difficult. I don’t know, but he’ll figure it out. Maybe I should enjoy the fact that he’s only pseudo mobile for now. 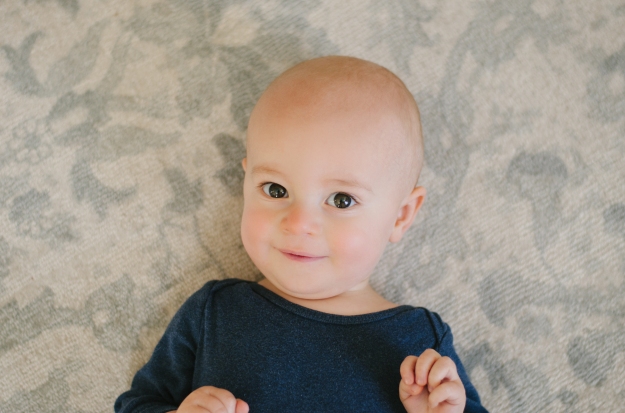 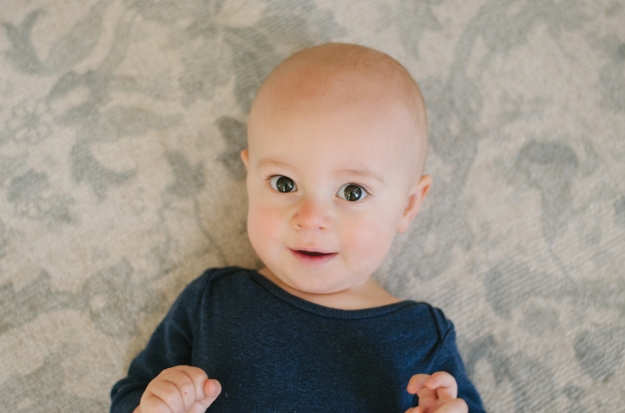 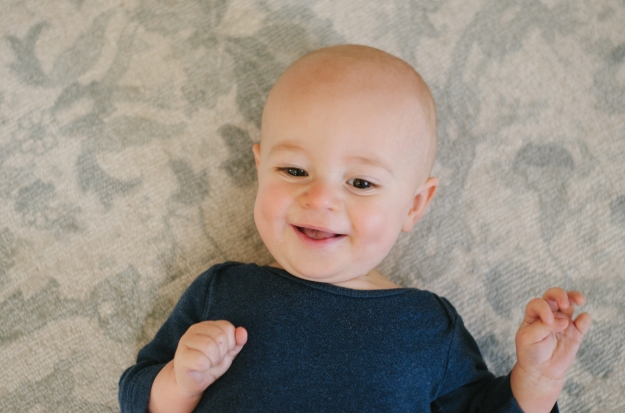 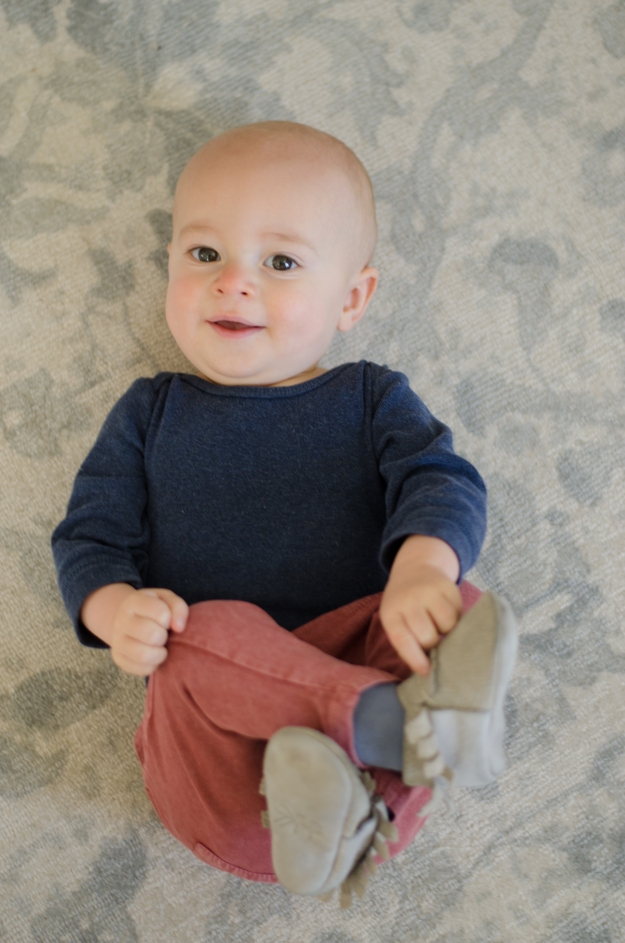 One thing is for sure, he LOVES being outside. We’ve been loving the park and our backyard, especially this time of year when the heat of summer has passed. 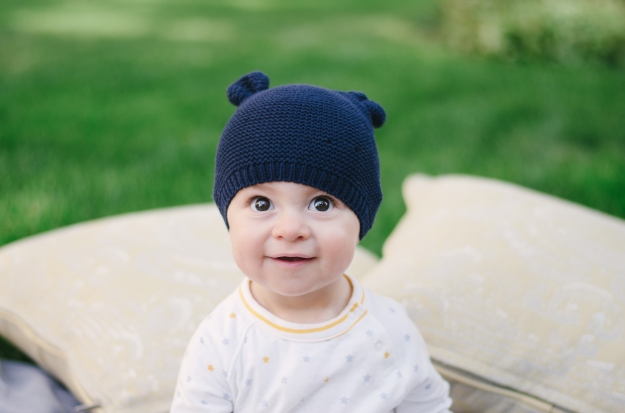 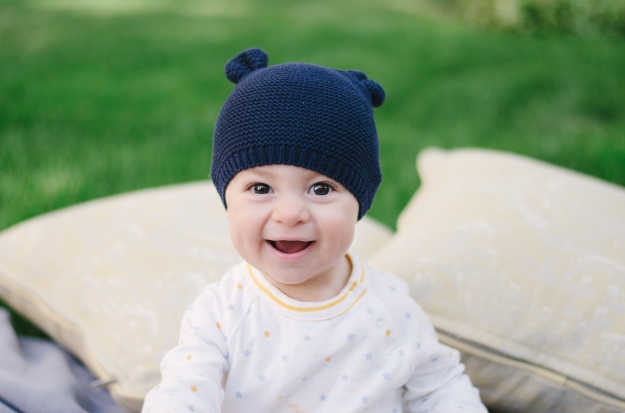 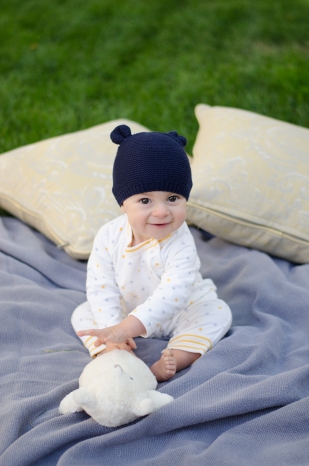 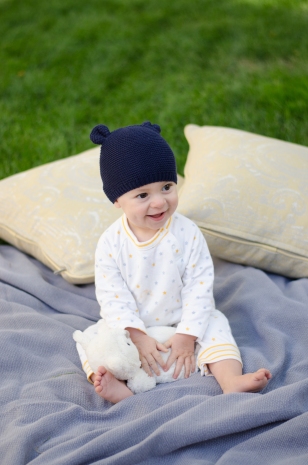 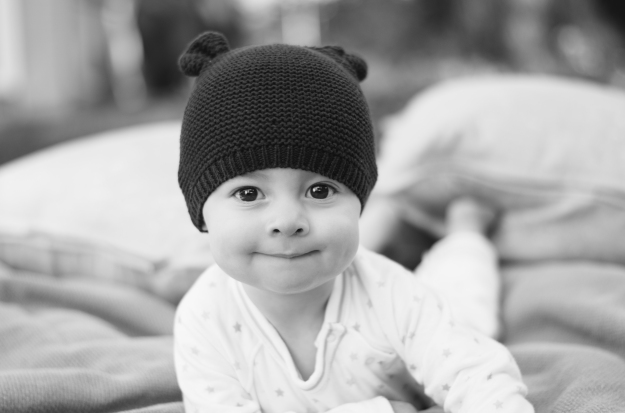 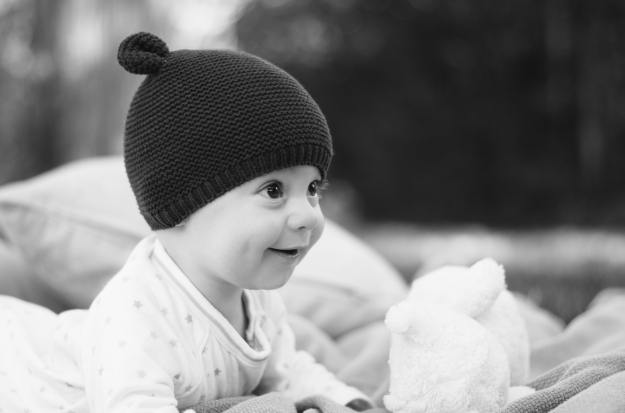 Hardest: thing about month 9 has been adjusting from baby to…whatever he is now. Older baby? He’s mobile, wants to eat all day, has the ability to harm himself constantly, and requires much more of me mentally all day. It’s mostly fun stuff but it can wear a momma out! 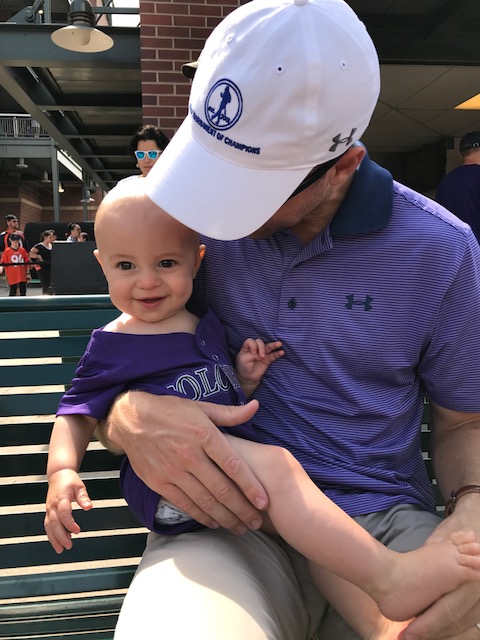 Easiest: thing about month 9 has been that he’s still such an incredible sleeper.  I worry every time I say that he’ll flip the switch on me, but he still takes two 1:15 naps a day and sleeps 11-12 uninterrupted hours a night. It’s pretty great. 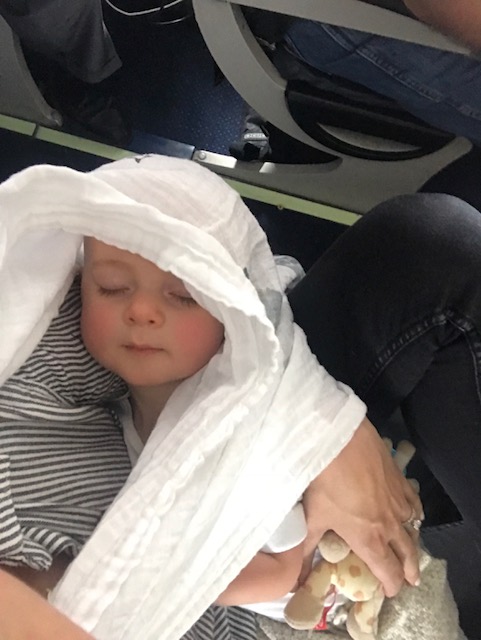 SLEEPING ON OUR FLIGHT TO FARGO

Worst: thing to happen month 9 (don’t take it personally Erin) was a major fail with a babysitter during a wedding weekend. We didn’t manage our schedules correctly and left him with this sweet girl when he was hungry and tired and he just wailed and wailed. I had not EVER heard him cry like that. Thankfully we were just down the street, but I had MAJOR mom guilt. I went against my instincts to try and have a good time and it didn’t end well. So, I put on my mom cape and whisked him out of there and home to the house we were staying in and didn’t leave to go back to the wedding until he was settled and sleeping. It was just another slap in the face of how life has changed. My BEST FRIENDS wedding. I had to leave in a rush right after my speech, missed a bunch of good stuff including the remaining speeches, their first dance and most of the reception, but it was just what I had to do. And I wouldn’t have enjoyed myself knowing he needed me. This mom stuff is no joke. : ) 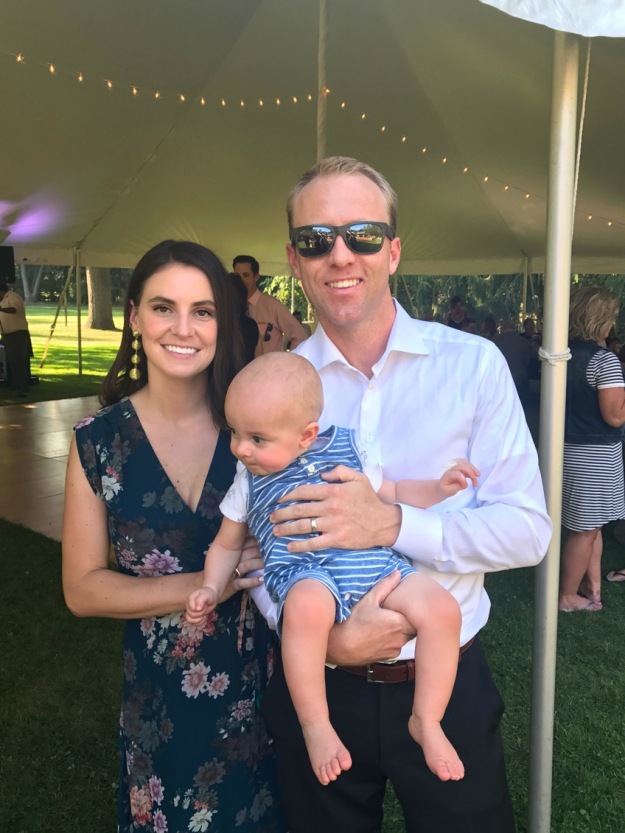 Best: thing to happen month 9 was threefold, bringing him to Michigan to the aforementioned wedding (he was like a celebrity), having my aunt and uncle visit for a concert, and also traveling home to Ada for an extended stay. We have so much fun on our travels with him, even though it can be hard! 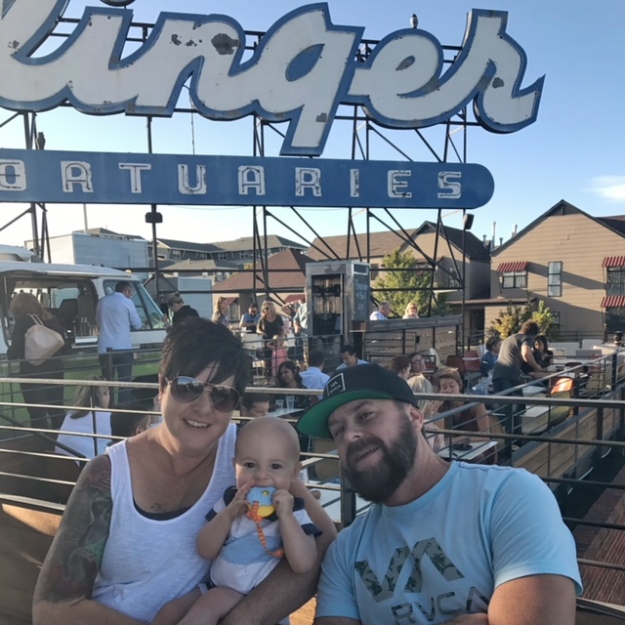 MY AUNTIE MEGAN AND UNCLE TIM!

Most Unexpected: thing to happen has been how much food he can eat.  He’s still nursing, but he just LOVES to eat. It’s actually impressive how much he can put away. 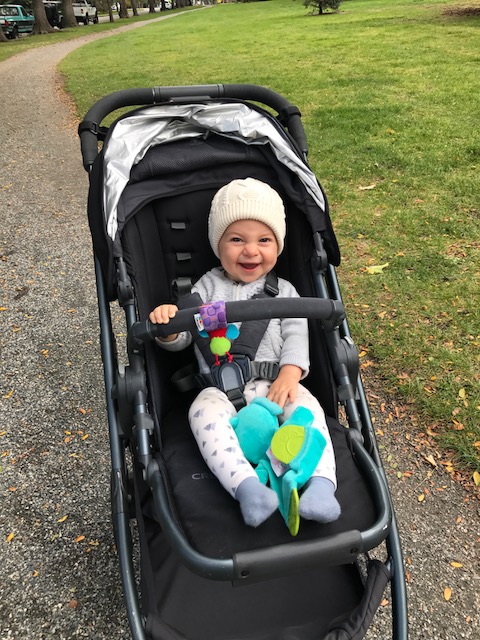 Most Loved Baby Item: have been his wubbanubs. I know ‘nuks’ or pacifiers aren’t for everyone but they’ve worked for us and the little animals attached are great. He snuggles with them and plays with them in his crib when he wakes up. It’s so sweet. 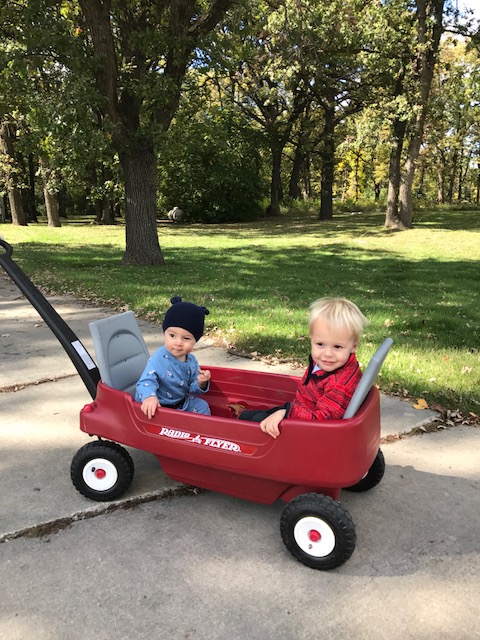 Leo had an absolute blast in Ada.  He’s never slept so long or hard in his life! They wore him out and he was pretty obsessed with his ‘big’ cousin Hudson and all his cool toys!

Funniest: thing to happen month 9 is tough for me to pinpoint because he cracks Jon and I up every day. He seems to have a funny/flirty personality which has been fun to watch come out.

Milestones: are eating like a horse, crawling and sitting up. 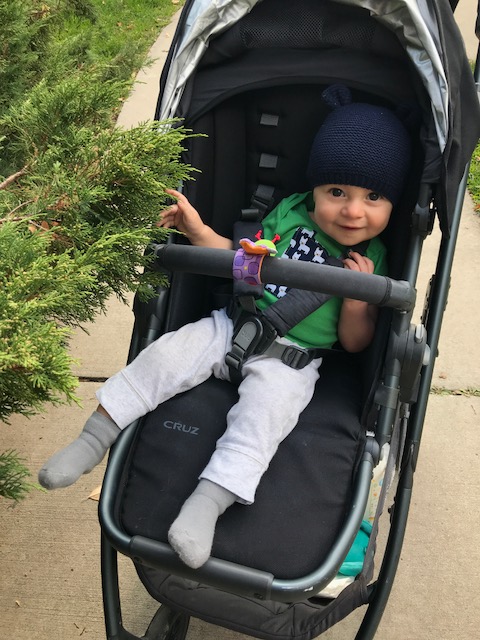 Favorite Memory: is probably having him in Ada with my brother and sister, parents and his cousin Hudson. It was really hard to come back to Denver knowing how little he gets to see them, how little help I have with family so far away, and just how rare those weekends are. 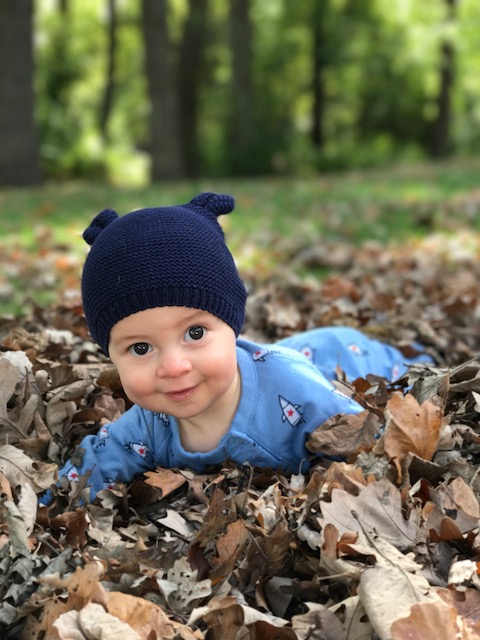 PLAYING IN THE LEAVES AT GRANDMA & GRANDPA’S HOUSE

Favorite Outfit: is this little romper he wore for our family photos and to Auntie Erin’s rehearsal dinner. 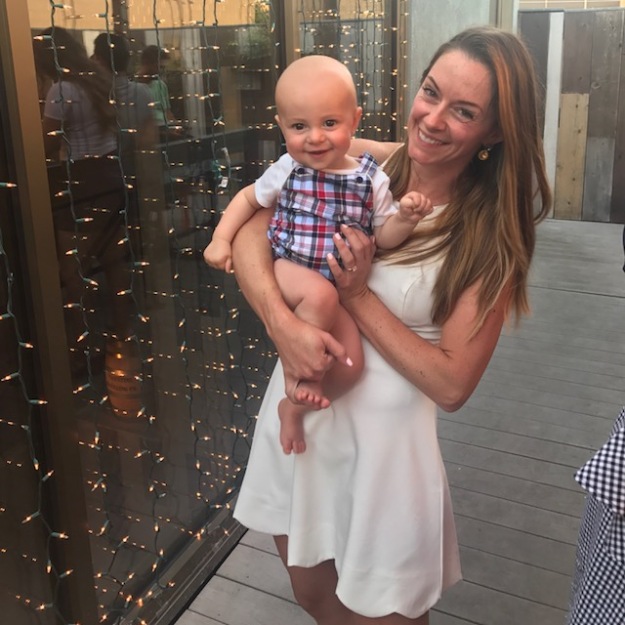 Favorite Photo: is this one from our family photo session that I’ll share later. 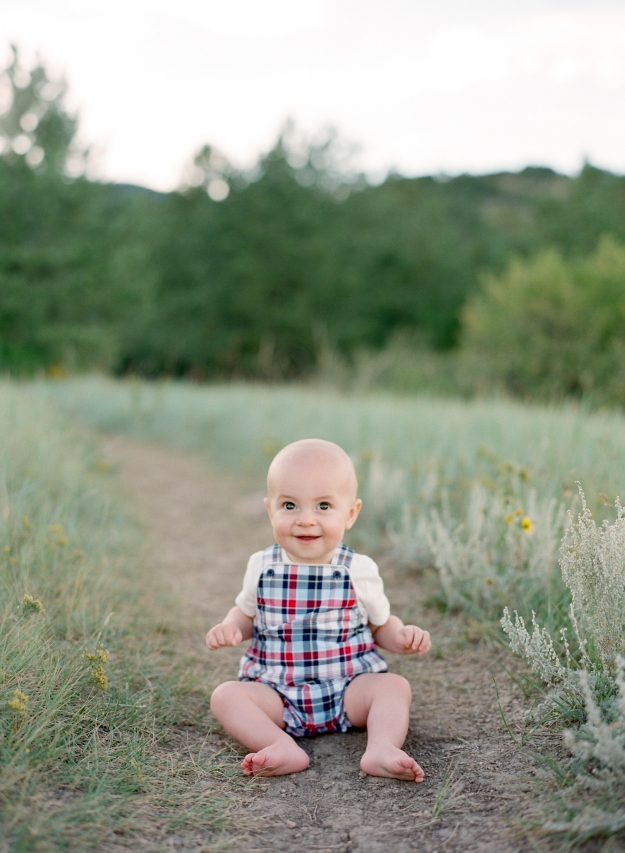 Funniest Photo: it’s probably not that funny to anyone else but for some reason Leo in a backwards baseball hat I find hysterical. 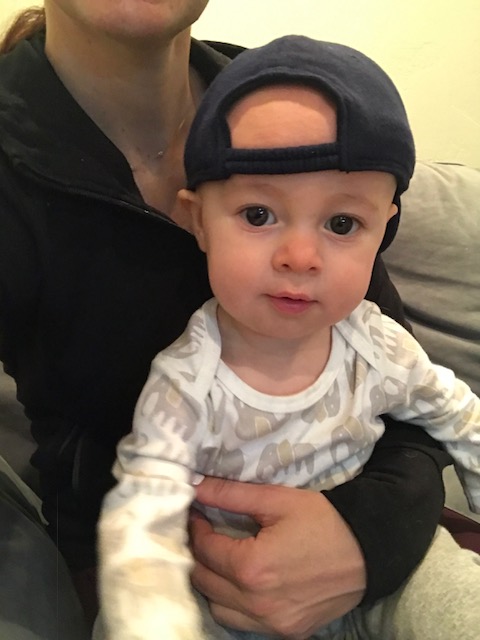