Jon: So…I don’t really know how this works, or if I’m supposed to just surprise you or something…but should I be planning something for our 1 year anniversary?

Me: I don’t know how any of this works either, but it would be fun to do something memorable don’t you think?

Jon: How about New York City?

Me: I was hoping for a nice dinner but I guess I’ll get my luggage!

Jon: Don’t be expecting this every year.

And just like that the plans and all my future expectations were set.  We were going to NYC to celebrate our first year of marriage!

Considering that my favorite things to do are eat, drink wine, take photos, shop, and wander around cities…I was pumped that we were going to the PERFECT place for all those things. The last time we visited was our first time so we had knocked a lot of the obvious touristy things off the list.  This trip I decided I wasn’t going to be a tourist but instead a traveler.  I was looking forward to enjoying the city in a different way.

While I did take quite a few photo’s, I went about it in a slightly newer way this trip.  Often times I can get carried away taking so many pictures that I constantly have the camera at my face rather than experiencing what’s surrounding me.  This time I chose one main day that I allowed myself to go camera crazy with and most of the other time I left my camera in the hotel or my bag and just used my iPhone.  It worked wonderfully.  I still got to scratch my creative itch but didn’t miss out on participating in the fun.

Our first night in NYC we scratched Jon’s itch of wanting to pretend to be Don Draper for a night.  Yes, we’re Mad Men nerds.  He did a little research, we got gussied up, and we went out for a night on the town Draper style.

Our first stop was the Grand Central Oyster Bar in Grand Central Station.  *please excuse crappy iPhone photo’s but I was trying to enjoy my night, not stage dramatically beautiful photo’s for you people : )

In my wise old age I’ve become a pretty adventurous eater, and adventurously eat those oysters I did, but I did not enjoy one single second of it.  I hate oysters.  I guess my dreams of being a snooty fancy pants has to go down the drain. 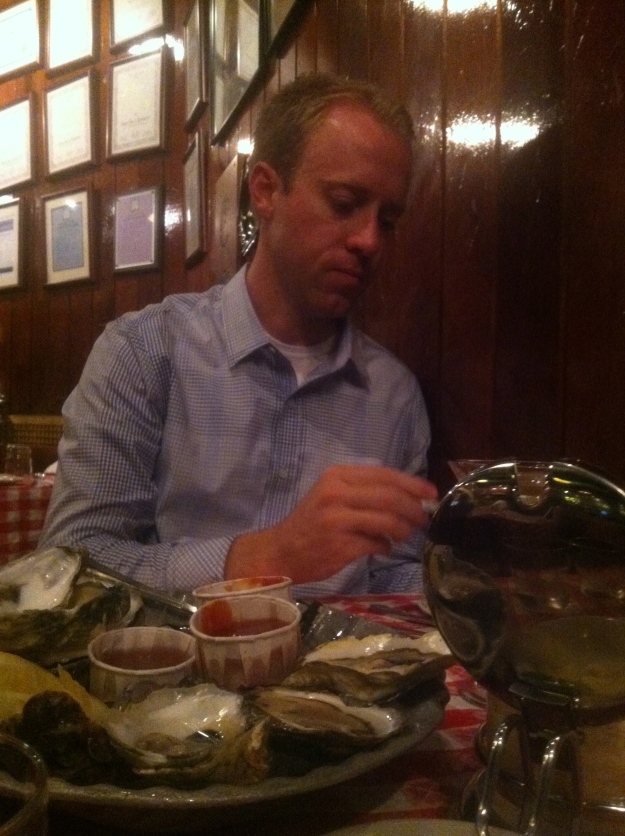 Luckily we rebounded with one of my favorite meals I’ve ever eaten in my life.

In keeping with the Mad Men theme, we made our way down the beautiful Midtown West neighborhood to Barbetta, where Don Draper has dinner with a lovely lady on the show.   What made us want to go there was the beautiful NYC patio they’re seen dining at and the fact that it’s New York’s oldest restaurant at 106 and the only restaurant in America that’s been named a Historic Establishment. 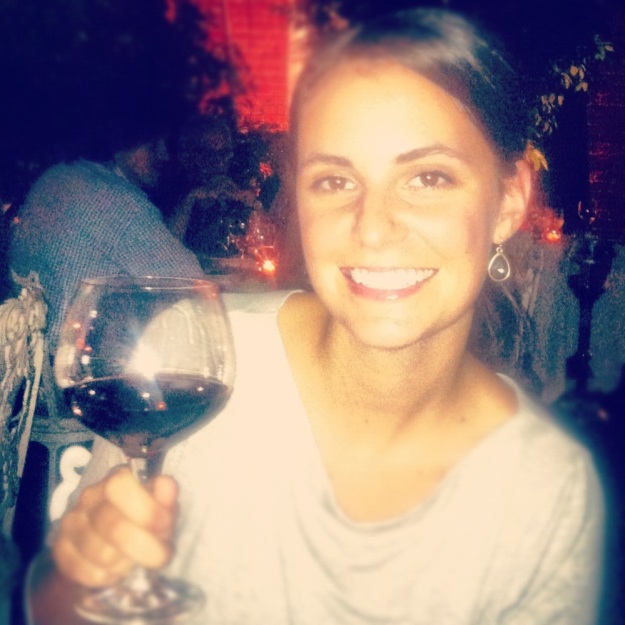 I walked away from the meal being able to confidently say I will probably never eat better mozzarella cheese or gnocchi in my life.  It was absurd how good this food was.

We had a lovely experience with lovely conversation and I still have dreams about the gnocchi melting in my mouth.

The next morning began the day I chose to go nuts with the camera.

The first place that I chose to go camera crazy at?  Where else…

Central Park is one of those places that’s just unexplainably magical for some reason.  You just have to experience it to both realize how enormous it is and also to feel what it’s like to wander so far in that all of a sudden you look around you and there’s nothing but tree’s and sky.  Not a building in sight.  Even no people sometimes which is a complete anomaly in New York City.

I told Jon that Central Park seems to be one of the most necessary places I’ve ever been to.  Necessary in the sense that I think New Yorkers would go absolutely bonkers without it.  It couldn’t ‘not exist’.  We weren’t even in the city for 24 hours before we walked into the park, but even we felt a sense of relief to step out of the concrete jungle and into a place that forces you to slow down and exhale. 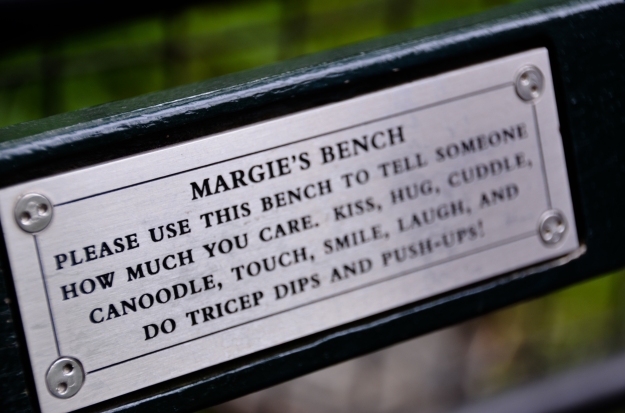 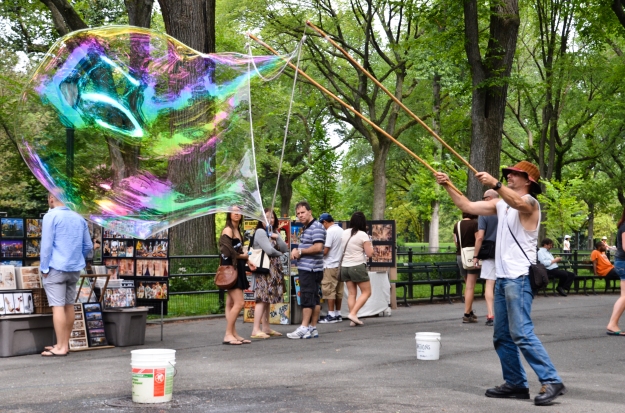 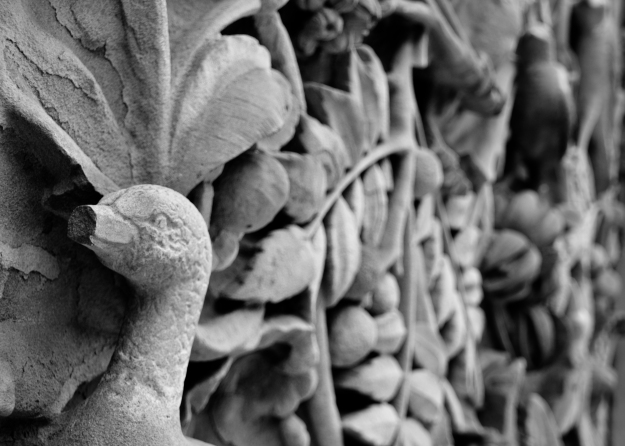 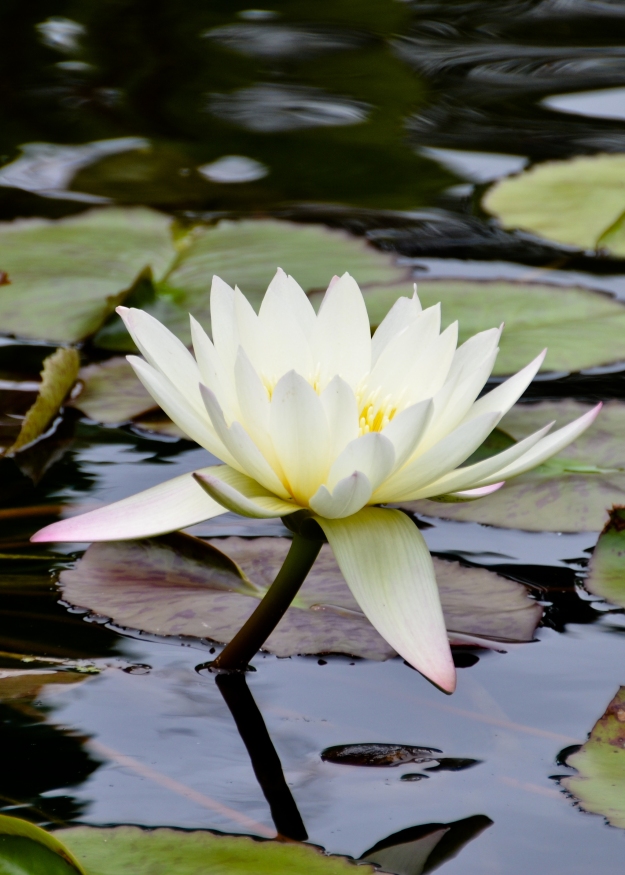 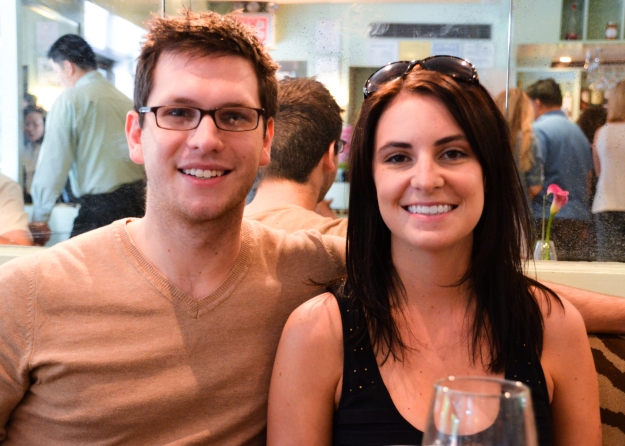 …and was the route we took to get to the American Museum of Natural History. 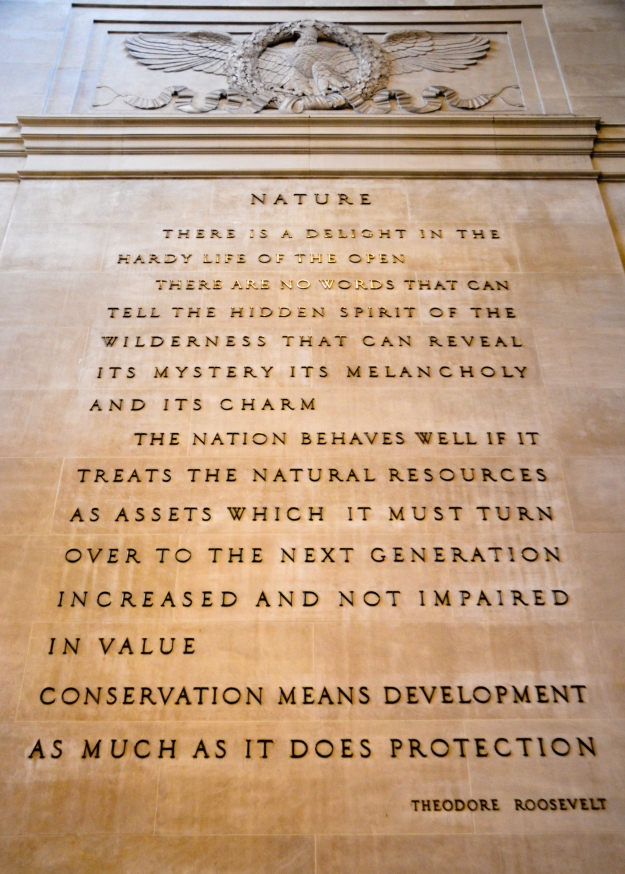 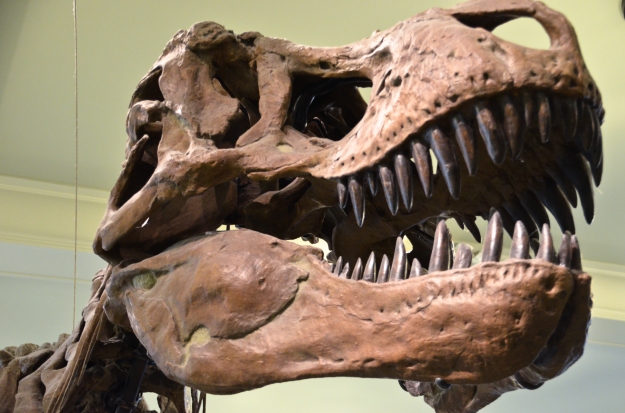 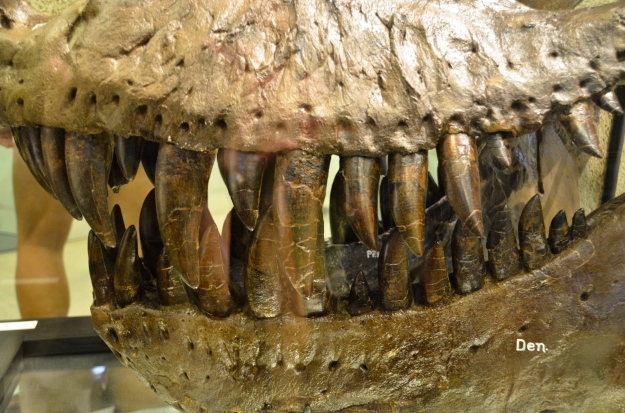 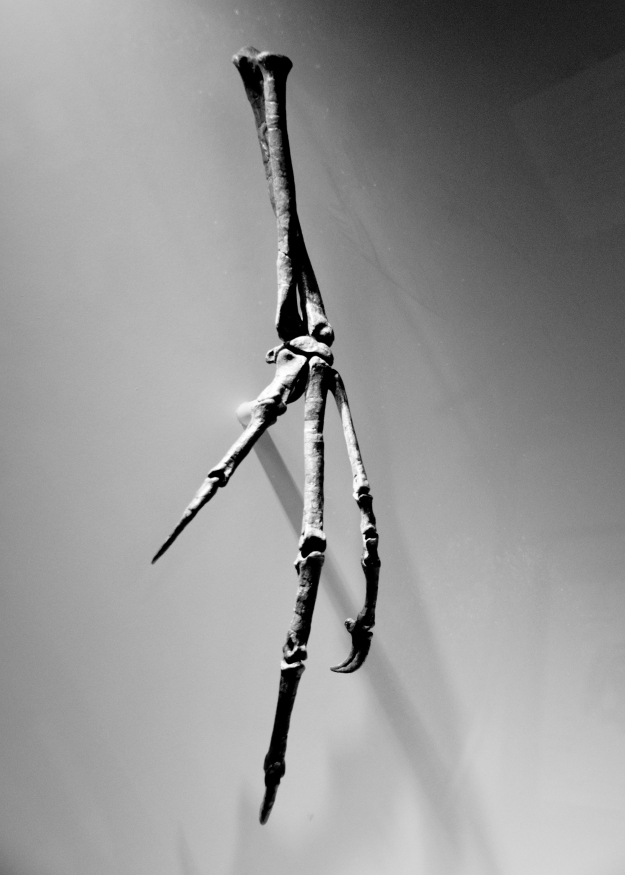 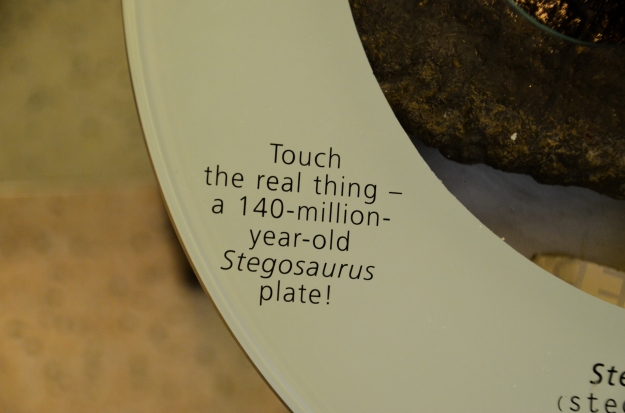 You bet I did!

Jon: Eww that’s so gross, do you know how many people have touched that thing?

Me: Are you insane!?  We’ve been riding the subway!  How many people do you think touch the screens to buy the tickets, the railing walking up, the seats etc.  I am NOT going to miss touching a 140 million year old dinosaur bone you bone head.

It was worth it and to the best of my knowledge I didn’t contract anything deadly. 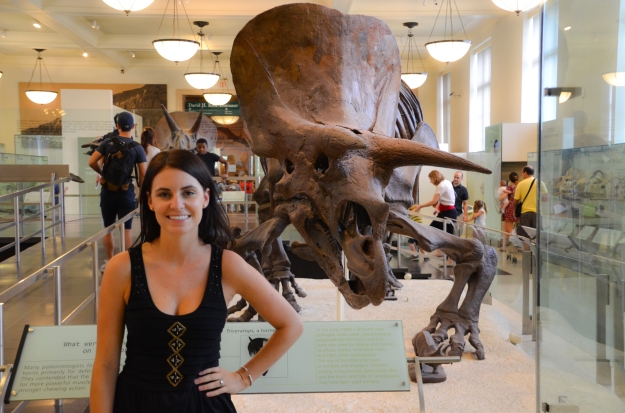 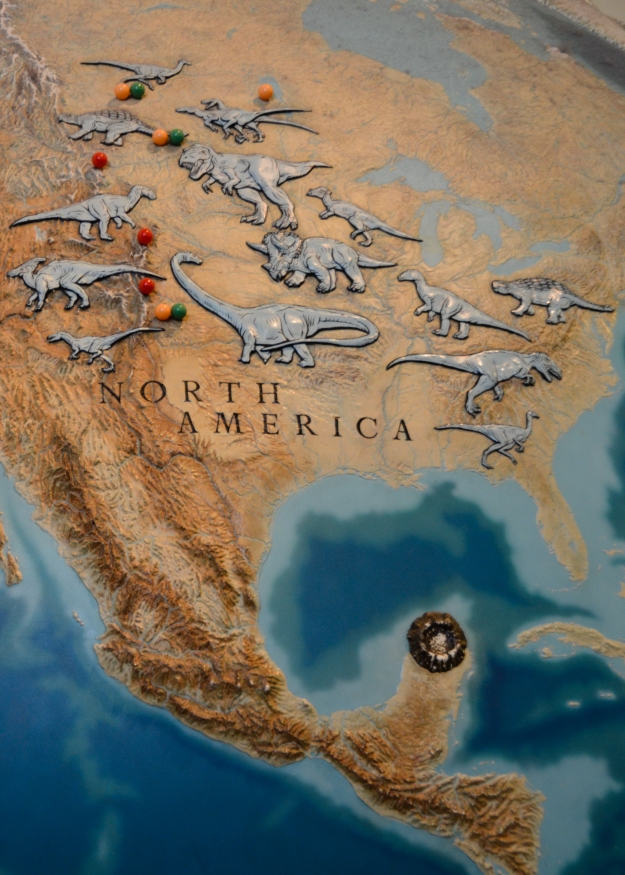 The thing that’s so cool about this museum is that it’s science and true history.  It’s all right there, right in front of you, and it’s so educational.  All facts. 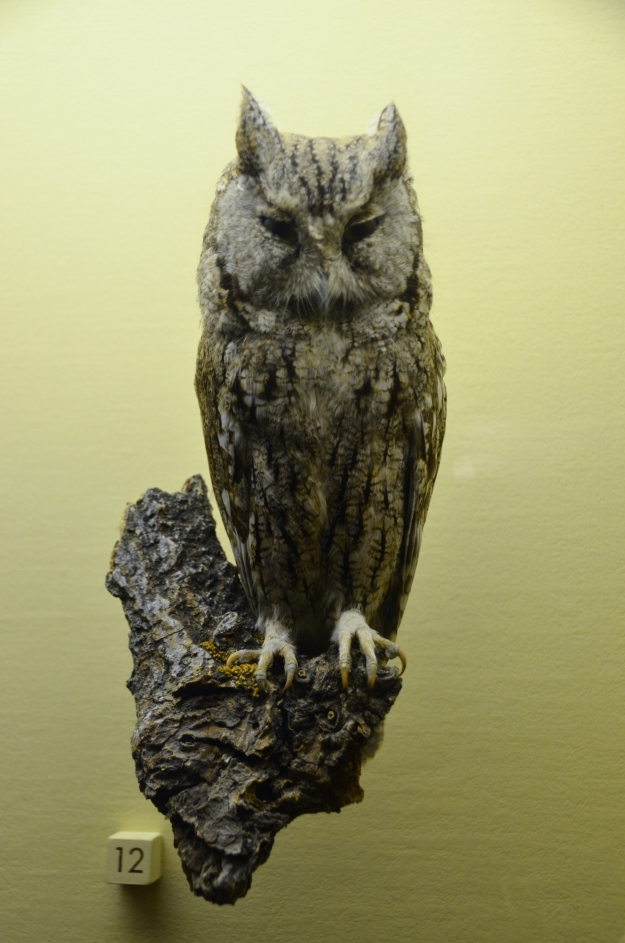 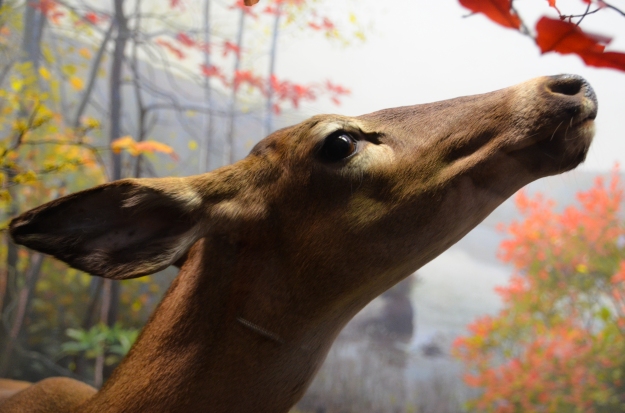 On every trip we go on I inevitably get a little sad that I can’t scoop up everyone I love and bring them with so that they can see all the same things.  Being at the American Natural History Museum was particularly tough because of Livi.  She would have gone NUTS over seeing every animal, fish and insect that’s ever lived.  Screw Disney World.  Every kid should see a real dinosaur skeleton once in their childhood.

Incredible.  Gargantuan.  Enormous.  Makes you realize how teeny tiny us human beings are in size and importance.

Not blaming anyone for anything…just stating the cold hard facts.

I love whoever is in charge of that place and am so happy that really really smart people exist to give the rest of us a place like that to go and learn.

That concludes our Sunday afternoon in the big city.  Now onto Sunday evening where we brave the Subway yet again and then huff it over the Brooklyn Bridge for the best night ever. 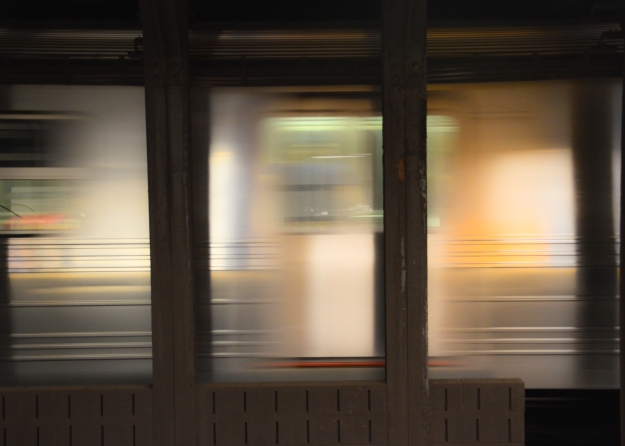 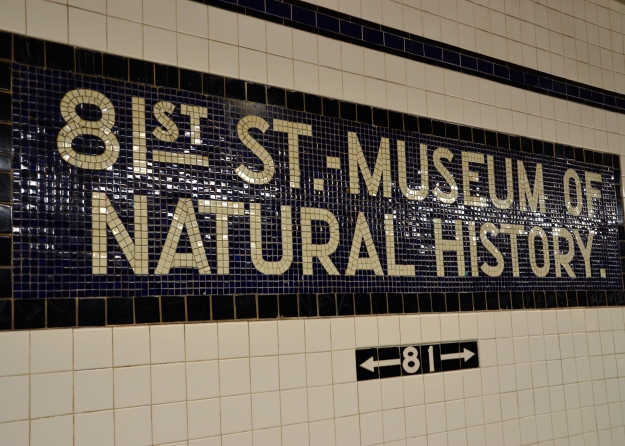 This is the partially completed 1 World Trade Center which is going up near the September 11th Memorial site.  The last time we visited, we went to the 9/11 site and it was still just an enormous pile of rubble and nothing, it’s pretty darn cool to see it completely transformed and triumphantly moving on. 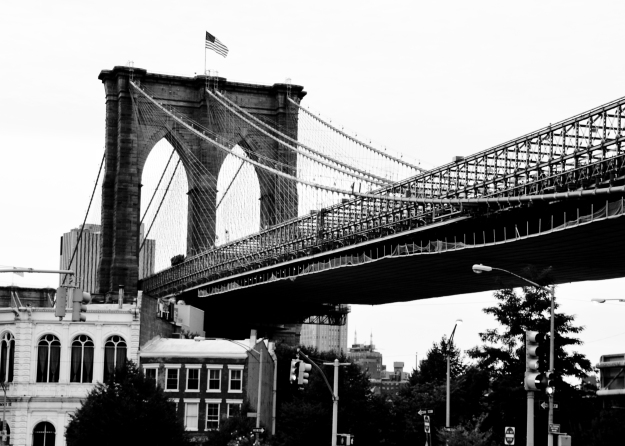 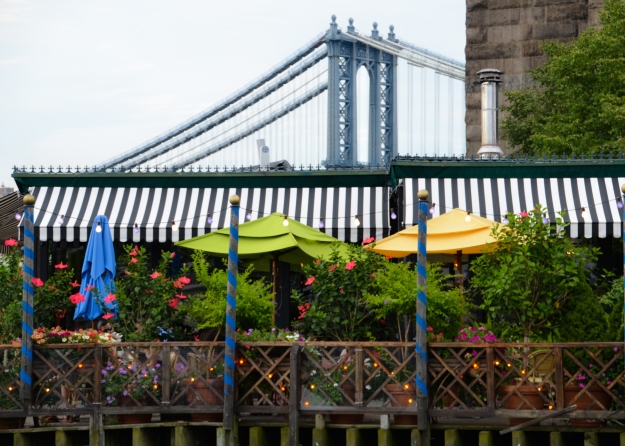 We stumbled onto an incredible gem located near the base of the bridge on the Brooklyn side called The River Cafe.  It was such a beautiful little spot where we sat and admired the sweeping skyline views, reminisced on the last year, and called my mom to tell her thank you again for all the work she did a year prior for our wedding.  It was an unplanned several hour stop, but ended up being one of my favorite parts of the trip. 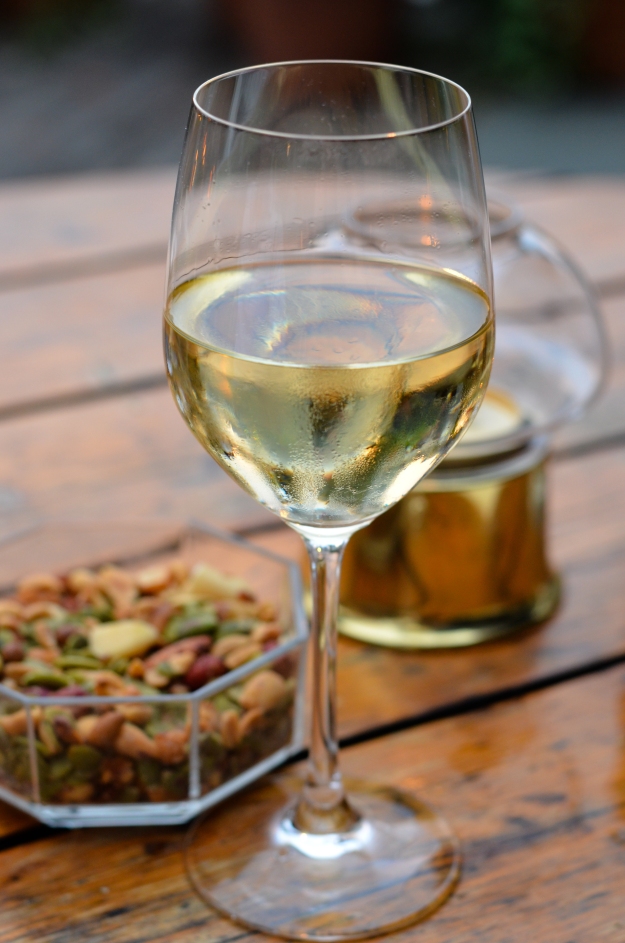 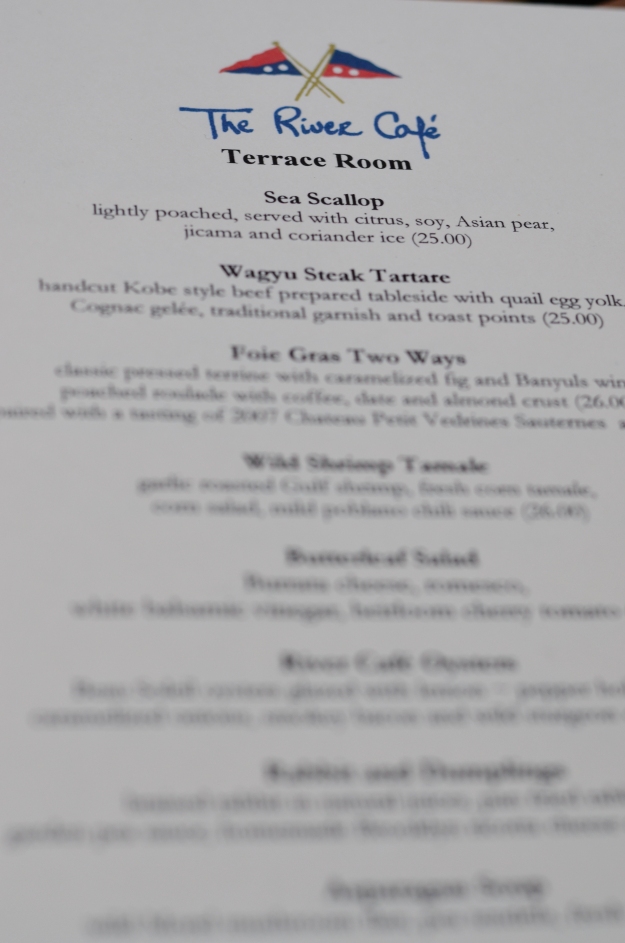 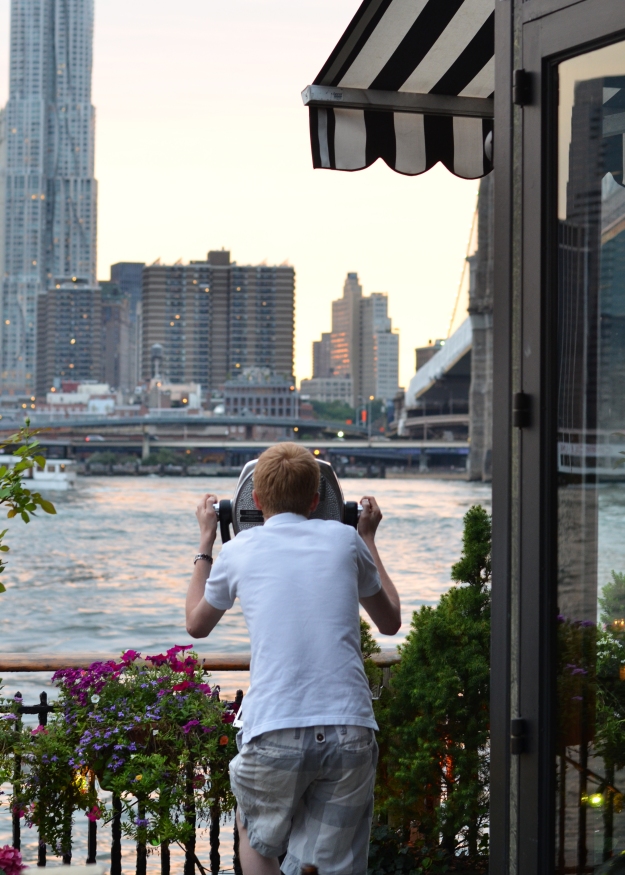 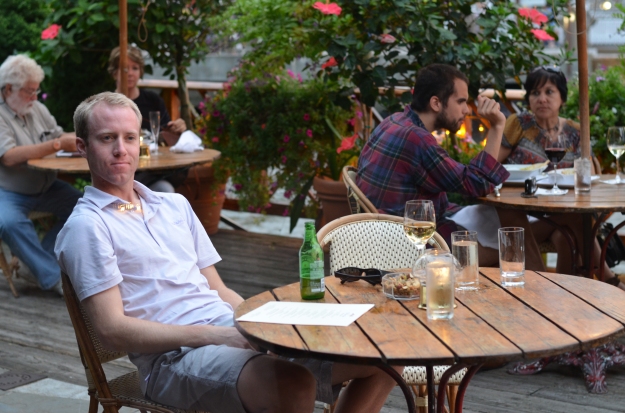 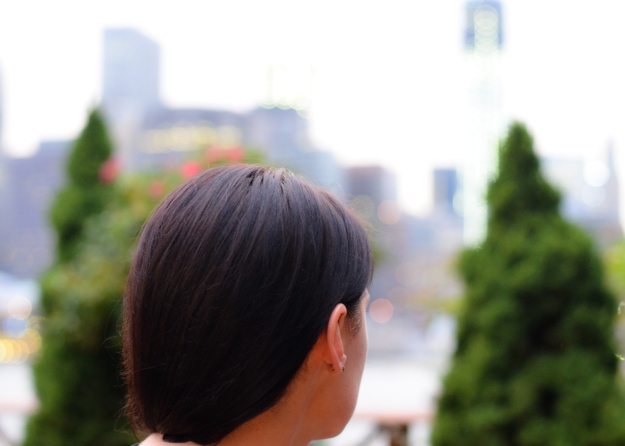 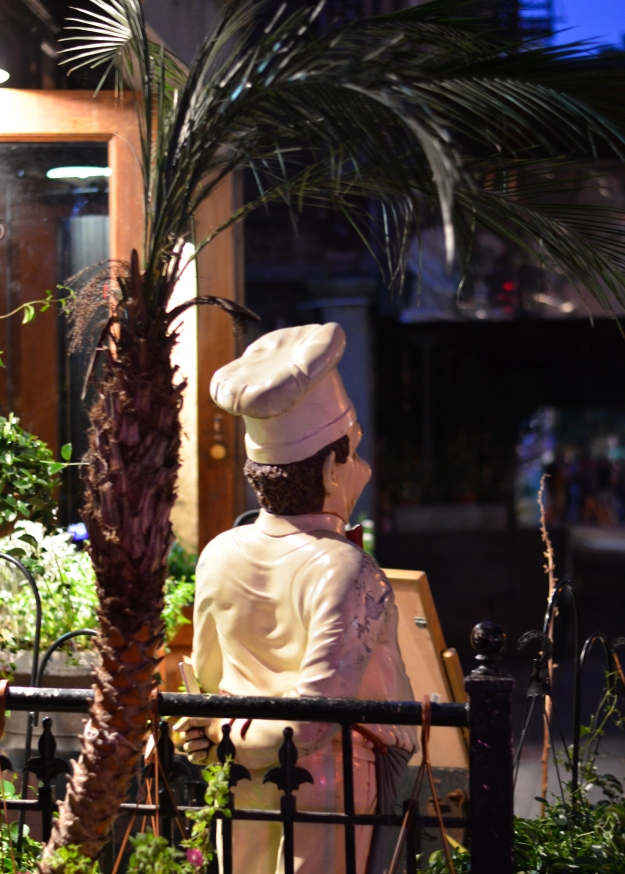 Feeling refreshed after resting our feet for an hour or two we decided to spend a little more time in Brooklyn and took a cab to Franny’s, a pizza joint that was ranked a favorite place to eat in the world by top chef’s of the United States. 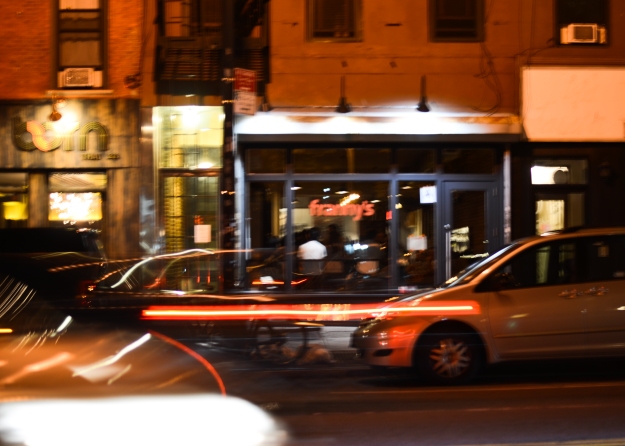 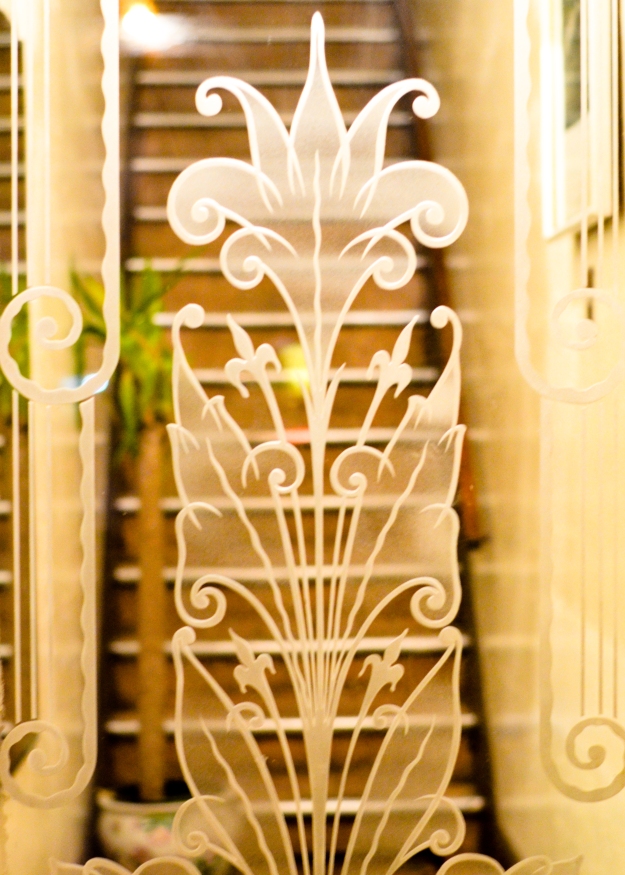 A taxi ride back to the hotel and just like that my photo crazy day was over.

Our anniversary was the next day and we spent it shopping in the morning and then in the second row center at a taping of David Letterman!  Afterwards we gussied up one more time for the most romantic dinner of my life at One if by Land Two if by Sea and had another favorite meal of all time.  The scallops….ohhhh dear lord the scallops.

It was so nice to get away, just Jon and I, and get lost in such an incredible place.  We reminisced a lot on the past year, speculated about our future, and constantly thanked the stars for how lucky we are in our present.

Thank you Jon for whisking me away on such a memorable trip.  My life has changed in ways I never thought were possible since the day you entered it.  You have made more of my dreams come true that I ever dared hoped for and we’re only one year of marriage in.